The Internet “allows awesome ideas to win because people like them, not because some gatekeeper said so.” — Alexis Ohanian, Without Their Permission.

On Reddit a wild sketcher can become a star, at DonorsChoose.org a special ed teacher can become a life changing philanthropist, and through Tumblr an unemployed recent college grad can hijack a national debate. The most powerful platforms across the Internet are those that cede control to the people and dismiss the notion of gatekeepers. As the web is democratizing nearly every aspect of our society from angel investing to pop culture, isn’t it ironic that the reins of democracy itself remain firmly in the hands of old institutionalists? After reading Without Their Permission I realized that I have already been designing Capitol Bells as a platform that helps everyone circumvent the gatekeepers of politics. I think that’s pretty exciting.

Two weeks ago I began the next phase of Capitol Bells — “Motions” — with major help from Brian Painter, a bad ass developer from South Carolina. Soon, Capitol Bells will let anyone lead legislative lobbying campaigns, personally gauge their representatives’ performance based on real congressional actions (not hype!), and even become political leaders and declare candidacy in their own communities — all without anyone’s permission. By combing social networking with user voting on bills, Capitol Bells has the potential to bypass every type of political gatekeeper: party leaders, media pundits, campaign contributors, lobbyists, you name it.

The SOPA protest was a huge inspiration for me as a cynical congressional staffer to see that Congress really is accountable to the public. I want to witness that happen again and again by facilitating a system of constant public feedback and accountability. Congress’s first job is to work for us. I look forward to demonstrating how Capitol Bells says no to political gatekeepers and yes to winning ideas from you and me.

I spent the past weekend in New York for the New York Times Hack Day 2013. With great pride I can report that my team won the award for the best news-related app! Better than that, I learned how important an energized community is, even in a field as seemingly solitary as coding… no wonder GitHub is such a success. 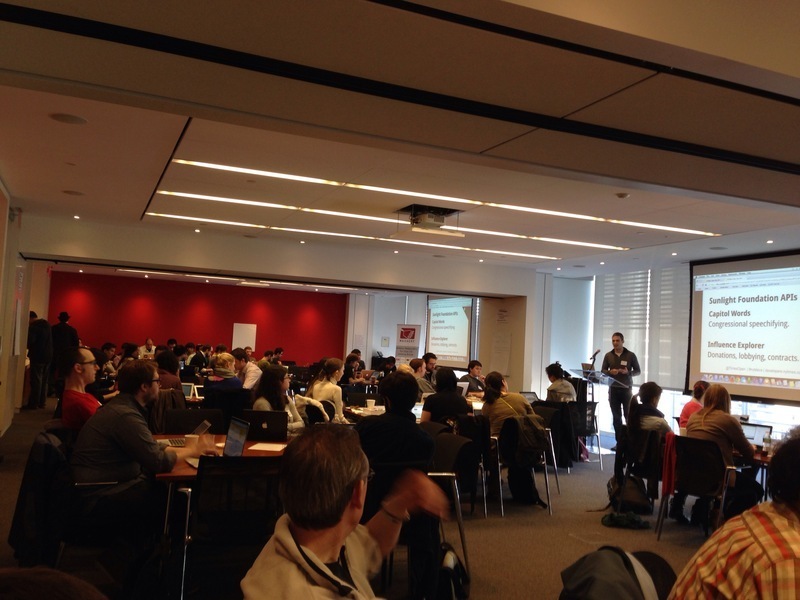 Quick update, Capitol Bells now includes the Senate. The big update is currently under review by Apple's app store, and it should be freely available for download any day now. If you can't wait, you can check out a demo here on app.io - the real version looks better than this though.

The Senate side of Capitol Bells has all the same functionality as the existing House side app.  One important difference between the two versions for you floor wonks out there is that this version does natively scrape for current bills under consideration. Instead, it uses the Sunlight Foundation's API for "Upcoming Bills," which they scrape for updates every fifteen minutes.

If you would rather follow the Senate than the House, you can open up the setting menu from either side of the app and choose you "default."

I hope Capitol Bells is as popular in the Senate as it is in the House!

Here's a sneak peek at the personal representative page for users. Capitol Bells will match the number of votes you and your Member agree on and displays it as a vote score. While you're checking that out, you can call your Member right from the app, or just tweet him or catch up on Facebook. 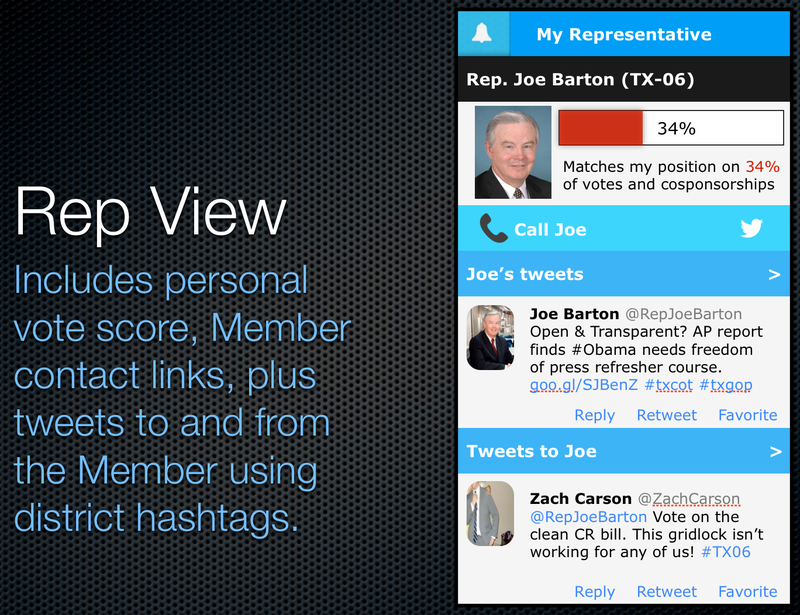 Have anymore cool ideas? Let me know in the comments! 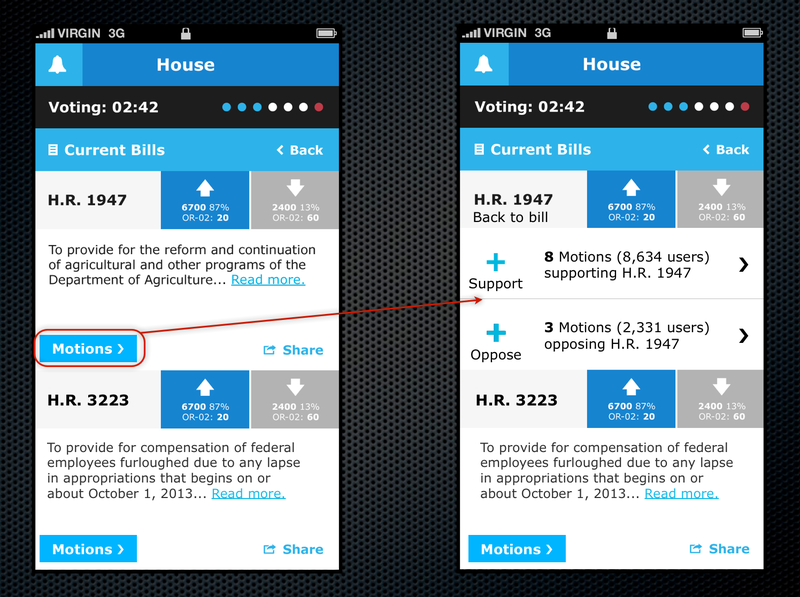 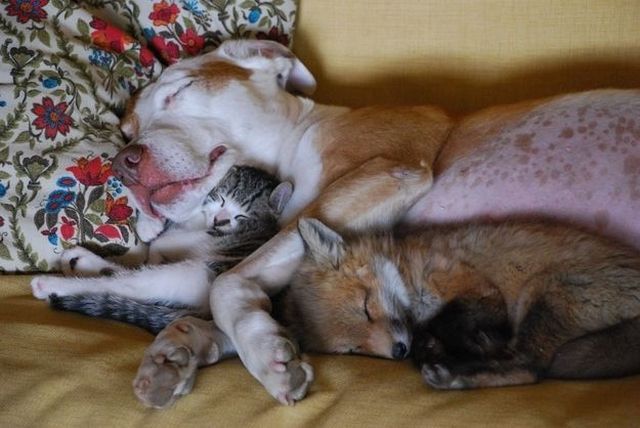 I didn't know exactly what I was getting into when I started Capitol Bells. Since I don't know what I'm doing starting a blog either I'll start from the top.

I've been the intern answering the hourly, repeat calls of a select few crazies and taking constituents on tours. I've been the guy who goes through all the incoming district correspondence (calls, letters, e-mails, and faxes) to tally them up by issue and make sure they get a form letter response a few weeks or months down the line. And I've taken the meetings of the special interest groups and lobbyists (Time Warner's SOPA guy was my all time favorite).