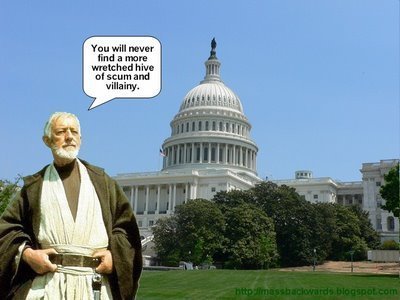 The primary means for public engagement with Congress has been calling, emailing, or writing letters to politicians. But the volume of constituent mail has exploded in recent years. Over 10,000 advocacy organizations now direct millions of e-mail form letters to congressional offices. As a result, the value of the phone call or letter has been weakened by this exponential increase in communications.

Social media and crowdsourcing technologies provide new channels for engagement and direct communication with the political and social powers that be. Anyone can share their positions through social networks, connect with like-minded individuals, and have their opinions amplified by the crowd. We believe this expansive network allows for a contrast between constituent opinions and the actions of Congresspeople.

Our mission at Capitol Bells is to quantify the voices of the public. A user interested in immigration reform will log onto CapitolBells.com to express their support for H.R. 15, the House’s comprehensive immigration reform legislation. Then by creating and sharing a “motion,” this user can explain why the bill is important to her friends in order to vie for their support.

This is also an effective tool for Members of Congress to promote their own work. Congresswoman Grace Meng wrote, “It is well past time to fix our dysfunctional immigration system that has hurt too many people for far too long. The American people will not accept any more excuses. The time for CIR must be now.” The Congresswoman’s motion has acquired 166 votes from constituents in support of her position. Every supporting vote increases her representation score because the votes align with her official position on HR 15.

Congressional approval ratings may be low but our our opportunity to engage them has never been higher. Between social media and tools like Capitol Bells, Congress now has a chance to take our voices into account like never before. Let’s give Congress a second chance to represent us.