Today I extended Cloakroom access to 260 new geofences around federal buildings and 309 .GOV email domains. Now federal workers from 474 agencies and subagencies can use Cloakroom to anonymously share tips and intel with their colleagues and chat one-on-one with end-to-end encryption.

A couple weeks ago I thought I hit gold while browsing the USA.gov APIs. I had just been reading about EPA employees turning to encryption apps like Signal and State Department employees “dissent channel” letters to thwart Trump, so when I found the Federal Agency Directory API I got excited about extending Cloakroom’s anonymous chat functionality, which House and Senate staffers have been using for nearly two years, to facilitate so-call dissent channels across the federal government.

Sadly, I discovered the API had been broken for months. 404 errors across the board. I hopelessly added my plea to the growing chorus of voices asking the developers for help, and prepared to let go of my dream. That’s when GitHub’s open source community came through for me. Not two days later a fellow civic hacker posted an archive of the data he pulled from the API when it was still functional back in November 2016. The game was on.

Since the raw data was riddled with errors, I have been painstakingly correcting the listings. According the original spreadsheet the Department of Education HQ is in Alaska and the US Botanic Garden is part of the Department of Defense. Anyone can access my cleaned up Google Docs spreadsheet here. In addition, I wrote an open source library in Python to hierarchically organize the raw data by branch of government, agency, and subagency. Finally I added latitudes and longitudes to each entry using Google’s Geocoding API. 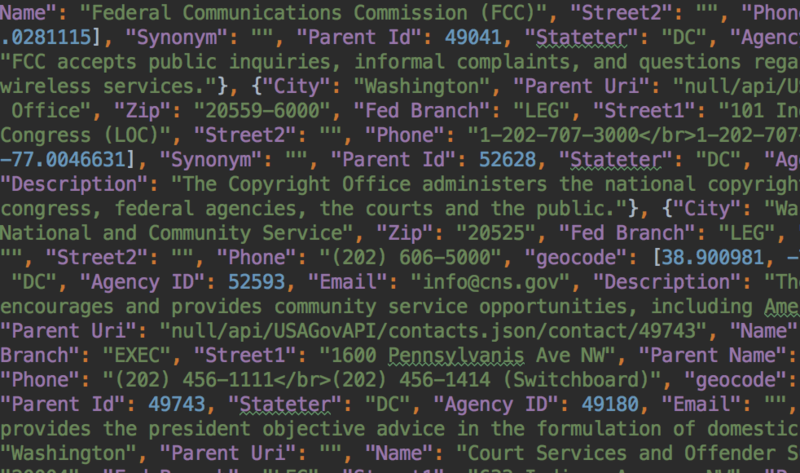 Next I fed this cleaner data into the Cloakroom mainframe. I generated distinct Cloakroom networks, geofences, and private chat channels for every valid federal office in the directory. The networks are grouped by hierarchy. For instance, The Federal Aviation Administration network has its own private geofence and channel, and it inherits chat channels from the Department of Transportation and the entire Executive Branch as well.

Every developer knows that your job’s not done until you test your code in the real world. Last night I must have ridden my bike around the mall a dozen times, riding by federal buildings and testing out as many geofences as I could find. Although I was worried the guards outside the Department of Homeland Security were getting suspicious, I’ve never gotten so much exercise debugging an app before! 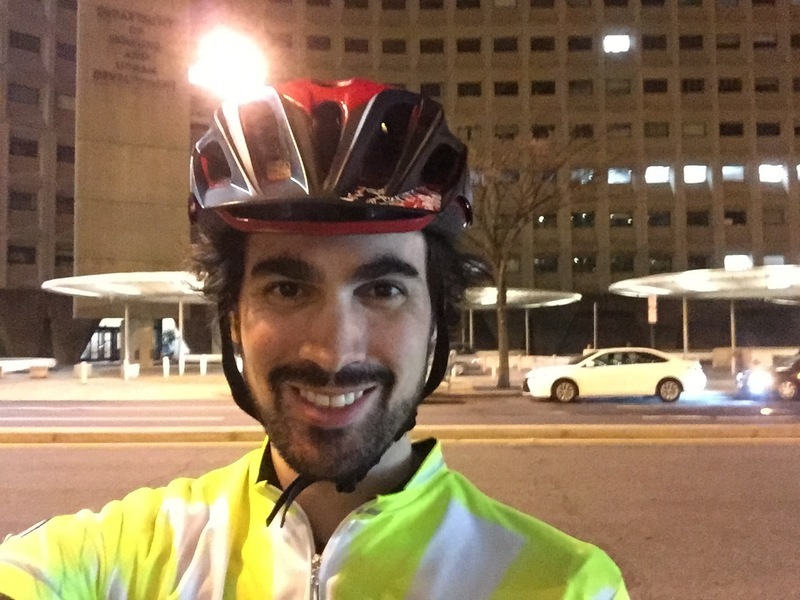 Once only a quirky Capitol Hill app, Cloakroom now supports all three branches of Government: Executive, Legislative, and Judicial. Any federal worker can use Cloakroom to speak their minds, debate policy, and seek help from colleagues in a secure environment away from prying eyes and without fear of retribution from the Trump Administration.  Whenever a new user signs up, they are automatically grouped with coworkers in their same subagency. They can chat as a group, or switch to a secure channel for a sensitive one-on-one chat protected by extreme encryption.

Apple iPhone or Google Android mobile users can checkin using location, and web users can checkin by verifying their work email address at www.cloakroom.club. We don’t save your location or email, only your domain, so your information is safe even if we get hacked.